A wildfire of panic has fled through Australia due to Google’s recent claim to remove their search services entirely from the Australian market. Google holds such a monopoly over the internet; most Australians consider Google and the internet as one in the same.

So, whilst it might seem like the end of the internet to those uninformed consumers, our digital marketing strategists at RGC, know there is potential for explosive market growth if businesses get ahead of the curve now, should Google ever leave the market.

The Catalyst for Google’s Departure

Google’s threat to depart from Australia is a result of the News Media Bargaining Code announced in parliament on December 9th, 2020. This Australian Code is a world first, the law will force Facebook and Google to pay news outlets for sharing their original content with the search engines. The Code also requires Facebook and Google to share collected user data, in order to give media companies a better understanding of their audience.

The Code is a significant historic reform that would change the digital world forever. “Seeking to create a level playing field where market power is not misused, and there is appropriate compensation for the production of original news content” spoke Treasurer Josh Frydenberg in the announcement of the bill.

The Code is part of the Government’s strategy to ensure the Australian economy is taking full advantage of digital technology, trying to win back some of the losses the media industry incurred due to the pandemic. Even as news consumption increased in 2020, Covid-19 deepened the media crisis with hundreds of newspapers axed within the last year, such as 10 Daily, Sunraysia Daily and Buzzfeed Australia.

The Code has frightened Google, as this law would set a new global standard for sharing news content. If passed, Google might eventually have to pay every media company in the world to use their news content. As a result, Google would prefer not to comply and instead, voluntarily leave the Australian market.

How Would Consumers React to Google’s Departure?

It is certainly possible that Google could leave the Australian market because they have found themselves in an all-or-nothing position before, as Google left the Chinese market in 2010. China, who accounts for nearly 20 per cent of active internet users worldwide, have adapted since turning to some creative solutions when Google was no longer an easy option.

Google has claimed only search would be removed from Australia, not their other services such as Google Maps, Gmail and Google Docs. But, it is worth considering how consumers would react if Google does depart all of its services. China sets an excellent example of what would happen to Australia if Google does leave.

The use of VPN’s increased dramatically, as a way for Chinese users to access Google search from their banned location, but this practice does not help local businesses. As Google did in China, Australia’s geographic location would be blocked, so Australian businesses could no longer be found through local SEO methods. However, the more popular solution to Google’s blockage in China was switching to Baidu Inc., now the leading search engine in China.

While VPNs might be a good short-term solution, they are not sustainable or feasible to be a long-term solution. Instead, Australians should be prepared for other search alternatives like Microsoft’s Bing, Yahoo, environmentally-focused Ecosia or privacy-focused DuckDuckGo.

In recent days, Google confirmed they are “committed to a workable code in Australia”, but one thing is for sure; there is a huge opportunity right now to make the most of Google’s attempted departure and get ahead of your competitors.

The SEO strategists at RGC know that if Google leaves the Australian market, consumers’ search volume will not disappear but will move to another platform.

So, what is the next biggest search platform under Google? BING!

Although certainly, the digital marketing sphere would be more unpredictable and complex to navigate. There is no way of telling where Google’s current 94% of market share would go – Bing, Yahoo, Ecosia or DuckDuckGo. Most likely users will prefer the default browser on their computer, which again gives Bing a step up.

What’s the Impact on Digital Marketing and What’s the Solution?

An analysis of Australia’s reliance on Google and Facebook, undertaken by the Centre for Responsible Technology, notes: “Google now accounts for over 51 per cent of all online advertising.”

You would be hard-pressed to find a successful business who has not invested years and millions into Google Advertising services such as Google AdWords, Google Display Advertising, Google Shopping and Google Remarketing, as well as Facebook Advertising.

There is no need to panic if you currently have campaigns running on Google, as the RGC team can import your campaigns into the Microsoft Advertising Platform, which will display pay-per-click ads across Bing, Yahoo, MSN, DuckDuckGo and more, should it be required.

Our recommendations for our clients, is to consider being ready to invest some advertising budget into the Microsoft Network, not only to test the waters and see where the opportunities lie, but to get an edge over your competitors now.

We have seen in this very competitive and unprecedented time that nothing is certain and that if history has taught us anything, we should be prepared for any possible outcome.

What’s the Impact on SEO and What’s the Solution?

Even though the specific makeup of search algorithms is not public knowledge, it is commonly accepted that the algorithms are similar across various search engines. So, all previous Search Engine Optimisation (SEO) efforts on your website are not wasted. However, Bing does SEO differently to Google; how we promote SEO campaigns for Bing does require varied SEO strategies, but we can well and truly provide such strategies for our clients.

If a Google exit is confirmed or if consumer sentiment starts to favour alternate search engines like Bing, then it is equally important to start optimising for Bing search engines immediately. We recommend our clients take advantage of these opportunities to ensure they claim their spots on Bing, before it may get more competitive in 2021.

No matter the search engine, if your business website is ranking high for quality keywords, your business is most likely to generate quality conversions and leads at considerably cheaper rates.

How Do I Know If Microsoft Advertising Will Work for My Business?

While it is essential to note that Google might not be leaving the Australian market, consumers are now warned by Google’s threats to leave. Statistics are already showing user movement to other search engines, depicting the increase in Bing’s consumer awareness.

For example, Google Trends shows the increase of ‘Microsoft Bing’ in searches – with January generating the highest volume of searches in the last year. 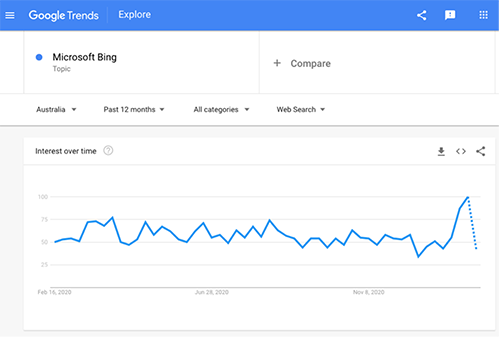 Hence, it is crucial to make the most of this recent spike in consumer interest and make sure your business does not exclude the potential of promoting to customers on Bing. Besides, Bing has publicly said they are willing to take Google’s place in Australia’s search market.

Australia’s minister of communications, Paul Fletcher, discussed his recent meeting with Bing “The Microsoft CEO reached out to the prime minister and proposed a meeting, accompanied by senior executives …  we had a very informative discussion about Microsoft’s interest in the Australian market. At the moment they have a small market share in search, but they’re interested in expanding that, they’re interested in developing the presence of Bing here.”

Sure no one would have expected a Google exit, but at RGC, we are used to the constant shake-ups of the digital marketing sphere. In particular, Google updates its algorithm quarterly, and we continue to keep our clients stable throughout each update, if you are curious about how RGC dealt with Google’s last core update in December check out RGC’s recent article.

Even through the most unpredictable year in history, RGC helped our clients navigate the erratic digital landscape throughout 2020. If you’re curious about what RGC learned in 2020 and what our post-COVID digital strategy is check out our article on eLearning.com.

RGC is not in unfamiliar territory when it comes to confronting challenges. Our ability to adapt is quite powerful, allowing our clients to scale within their industries.

Let other business owners worry about the future – but RGC clients are in good hands with expert SEO Strategies and Digital Marketing Campaigns. To see how RGC can help, please contact Richard on 1300 770 985 or email richard@rgcadvertising.com.au

Like to see how we could
connect consumers to your brand?

Benefits Of Utilising An SEO Agency in Sydney

Implementing an SEO strategy is a great way to ensure you have a long-term marketing strategy in place for your business or company. If you have been searching for an agency who…
Benefits Of Utilising An SEO Agency in Sydney

Post-Pandemic Digital Marketing Trends That Are Here To Stay

With little to no warning, the Covid-19 pandemic has compelled many businesses to rationalise and automate their operations in order to associate and connect with clients and consumers through the use of…
Post-Pandemic Digital Marketing Trends That Are Here To Stay

How Can Digital Marketing be Effective for Schools?

No matter how much we hope society can return to the "pre-pandemic normal", the reality of a post-pandemic world is here to stay. As a result, every brand – including school institutions…
How Can Digital Marketing be Effective for Schools?

Will Nostalgia Marketing Still Be Relevant in 2022?

As a reaction to the isolating and dark times that Coronavirus started in 2020, consumers reflected and yearned for happier times past, resulting in a boom of nostalgia marketing practices from all…
Will Nostalgia Marketing Still Be Relevant in 2022?

For many decades businesses of all sizes have been replacing their in-house marketing teams with digital marketing agencies, and for good reason! As agencies can deliver more diverse opportunities and innovative collaborations,…
6 Elements that Build a Successful Client-Agency Relationship

Why Should Businesses Continue to Invest in Marketing During Lockdowns?

During times of economic uncertainty or even when a brand's net profit needs boosting, one of the first budgets to be reduced is marketing. The Covid-19 pandemic has been no exception, with…
Why Should Businesses Continue to Invest in Marketing During Lockdowns? 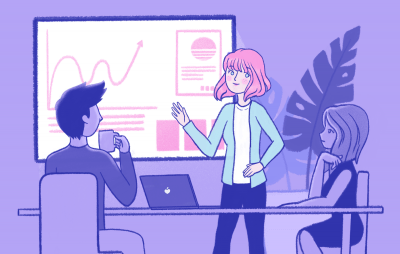 Digital marketing in 2021 has piggybacked off the most unpredictable year in history, with the persistence of more dramatic industry changes. In particular, Google recently pledged to remove cookies off its platform…
5 Clever Ways to Build Your First-Party Database in a Cookieless World 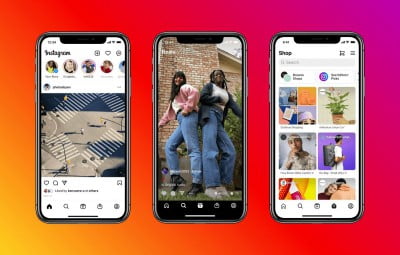 It's time to make the most of society's hyper-connectivity. If you sell products online, you should be using Instagram shopping. 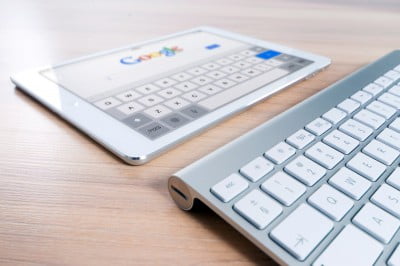 Almost every day, Google updates its algorithms and systems aiming to improve the user experience with better-informed search results; these are small upgrades and are not noticeable for businesses. But Google also releases significant core updates which impact webmasters, content producers and practically everyone that uses the internet.